We All Move Forward Together 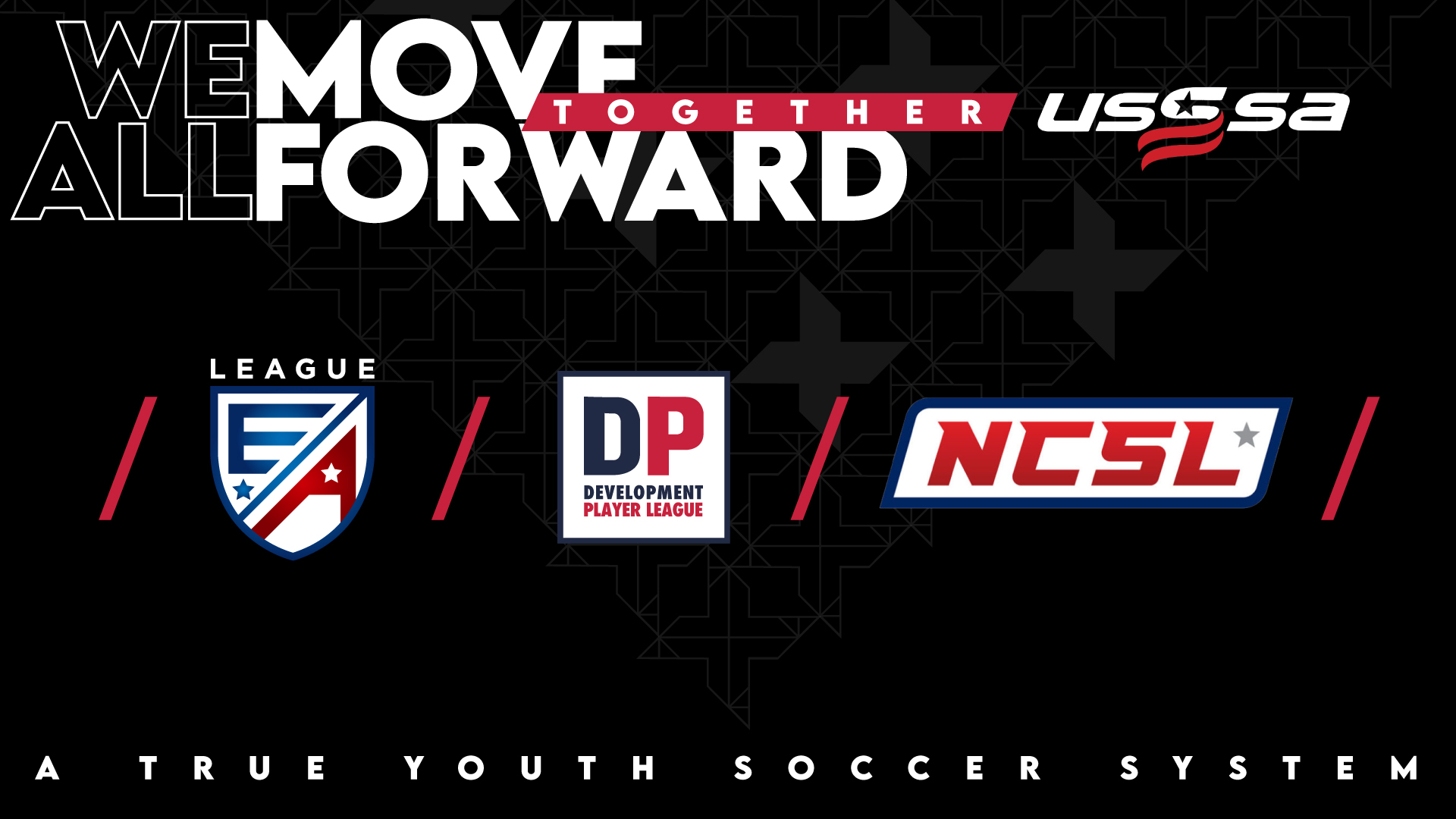 USSSA with the DPL, EA, & NCSL have strengthened the future for clubs with strategy, stability, and continued innovation to the soccer landscape.

MELBOURNE, FLA. (February 9, 2022) – USSSA announces continued strength and unification with the two National Club Based Elite Platforms, Development Player League (DPL) and Elite Academy League (EA) committed to the Association to operate the National Club League Structures, creating consistency and stability. In addition, the National Competitive Soccer League (NCSL) has extended its commitment to the Association and will operate the individual team vs team platform.

The three leagues have committed to a long-term relationship this week, allowing the organizations to operate parallel to each other as they all forge forward providing the very best to clubs and teams.

“The focus on alignment and creating more strength coming from the Association to the member leagues is a priority. This partnership enables clubs, coaches, and players to truly benefit from the Association which is something we are all excited about,” said Craig Scriven, USSSA Vice Chairman.

The DPL, established in 2017, has grown to over 70 clubs with competitive play being offered in nine regions across the country for young female soccer players.

“Since 2017, the DPL has been a robust and vibrant platform for our members. Our model has been used as the example and we take great pride in how we operate, encouraging clubs to come forward with optimal solutions for their specific areas of the country. This has led to organic and exciting growth,” said Barry Ritson, President of the DPL. “Leaders coming together to create unity and stability and collaborating on features that will improve the everyday experience for our players is a monumental statement, while showcasing the true role of a sanctioning body; support, transparency and autonomy.”

In addition to league play, DPL runs three showcases throughout the year in Florida, Texas, and California providing their clubs and players with high level competition at first-class facilities.

The EA League, created in 2020, has risen to become one of the most prestigious boys’ national platforms in the country and is growing at a rapid rate, with the following conferences:  Southwest, Southwest Desert, Northwest NorCal, Northwest Pacific, Midwest, and Mid America. The boys only league provides local, regional and national play for their club membership in conjunction with Regional and National Showcases in Florida, Arizona, Utah, Kansas, and a National Championship/ Showcase in Texas.

“The EA League has established itself as a true vehicle for club advancement and will continue to elevate and innovate for the clubs. After an incredible two years the EA League is here to make a difference in this country and will bring stability to the marketplace that every club needs in order to be able to focus on building and developing their very best player development pathway,” EA National Chair Noah Gins stated. “The partnership with USSSA will continue to allow the EA to expand, innovate and develop the Elite platform for Elite clubs moving into the years ahead.”

NCSL, in its inaugural year, has member leagues already in California, Minnesota, North Dakota, South Dakota, Illinois, Missouri, and Nebraska kicking off this Spring (2022). Additionally, NCSL will hold open and unrestricted tournaments in Texas (February), Wisconsin (June), with other states to be announced.

“NCSL will be the foundation for independent single teams to ensure strength and sustainability for an open competition platform. NCSL is more than a league in name; it’s an association of leagues who are connected and committed to improving every component of the game,” said Chris Duke, NCSL Commissioner and Executive Director. “This collaboration will magnify development and exposure for all independent teams, clubs, leagues and more importantly players across the country.

The focus of serving independent teams allows NCSL to provide opportunities for competition at the level which they earn. The league system is built from local play (L4), with promotion into subsectional play (L3), regional play (L2), and ultimately a national conference platform. Established leagues can join NCSL, be classified into one of the league statuses whilst keeping ownership and operations.

USSSA currently serves as the sanctioning body for DPL, EA League, NCSL, and this will continue. As a member of the U.S. Soccer Federation, USSSA offers player registration and sanctioning of leagues and tournaments in both youth and adult soccer. USSSA has a focus on empowering its members to grow and be successful. In 2021 USSSA reached a landmark by registering players in all 50 states.

“In working with the DPL, EA League and NCSL through this partnership, we show USSSA as a forward thinking and supportive Association. Together we’ll create a structure serving the league, club, team, player, coach, referee, and parents as we evolve,” Craig Scriven, USSSA Vice Chairman stated. “Each league provides a very important and specific need in the marketplace and by focusing on delivering the absolute best product for the membership, side by side we’re stronger, able to move forward, and bring youth soccer together.”

The DPL is an Elite National All-Girls League. The Mission of the DPL is to develop the player and empower the person in a purposeful and memorable environment.

We believe through superior experiences, players will be able to showcase their talent, discover collegiate opportunities and create community around the game.

We are a standards driven national league that will encourage clubs to compete and grow, maximizing the development of their players. By creating a cohesive framework in line with the most dynamic organizations in the country, where Nothing is Given and Everything Earned, we will raise the bar in youth soccer… together.